I have spent a lot of time in Asia. I feel I have a lot of Asian friends but the Vietnamese are an enigma to me. I am certain it is more than a language issue. It seems like an issue with Vietnamese attitudes and approach. We decided to use the same driver today as we used yesterday. I figured I could work around some of the issues we had the day before with a little prior planning. Either there are no real maps available here or our driver, Kevin, either didn’t know where to get one or he really didn’t want to use one. So, I documented where we wanted to go and I emailed the information in the form of Google Map screenshots and pictures to him at the email address he had given me.

When we got on the road he assumed we could start in Hoi An (an ancient city and tourist attraction) and go on from there but he actually had no idea where we wanted to go because he never got the emails I sent and never asked me. He told us later his son had changed his email address and never told him. Anyway he suddenly pulled off the road on the way to Hoi An and stopped at a showroom for a jade shop. The stuff was beautiful but we had never told him that we were interested in Jade or that we wanted to shop.

I finally got him to stop and, using my Kindle and some of the maps I had stored on it, explained to him where we needed to go. When the full scope of what I wanted to do was obvious to him his whole attitude changed. He complained that this is much more than he had assumed and immediately wanted to negotiate a new price for his service. I reminded him that I had told him I wanted to visit three sites south of the city so it should not have been a surprise. All in all I found that dealing with Kevin was like pushing a rope.

I also learned that Jim and I both have a pretty good sense of direction and we both know how to read maps. Also, I have a GPS with the locations we want to visit programmed on it so it is very obvious to me when we were headed in the wrong direction, which we were several times yesterday. With all the paraphernalia we had with us he actually stopped a few times yesterday to ask a local farmer for directions. In at least two cases he got the wrong directions and he followed them despite our objections. I can’t tell you some of the paths (as opposed to roads) we took following the directions he got.

Anyay, I have to stop using this blog to rant. I’m sure no one wants to hear it and it doesn’t do me any good to go on about it.

Our plan for the day was to visit three 1st Guns sites. They were the An Hoa combat base, Hill 65, and Hill 55. Neither Jim or I had ever been to these places but they were places the battery had occupied after we left Vietnam.

We eventually found the An Hoa site. There is a factory on the site so we didn’t actually stand on the Battery Center but we got within 100 feet. We did however get to stand on the remains of the runway that was there. It was in surprisingly good shape after 50 years and I don’t think it was used after the US left Vietnam. 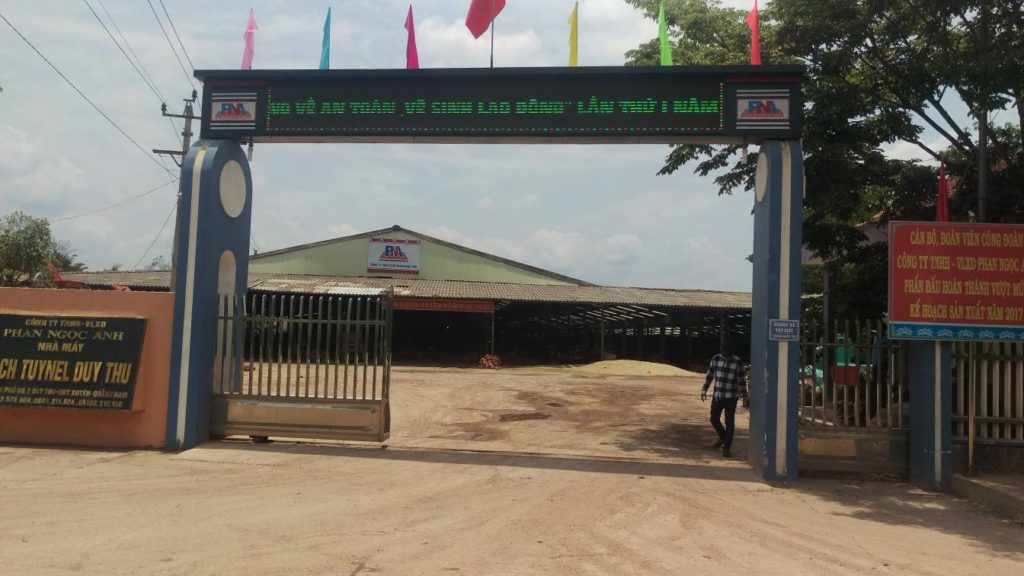 Our next target was Hill 65. We actually found this site with a little pointing, prodding, and grunting. Of course everything is populated now but it wasn’t hard to find a 190 foot hill with a large monument on it. 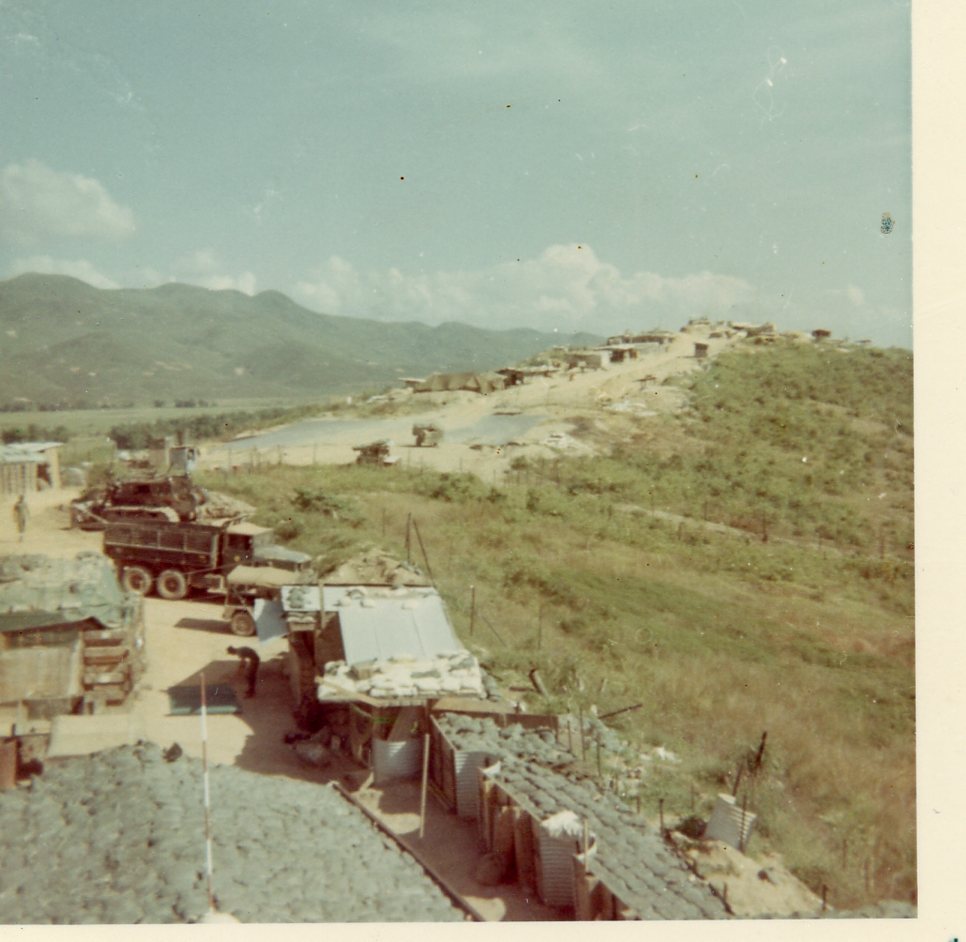 We actaully found a flight of stairs that went from the road up to the monument. For those of you who were there, this monument is on the southern end of the hill and the camera is looking towards the northeast. 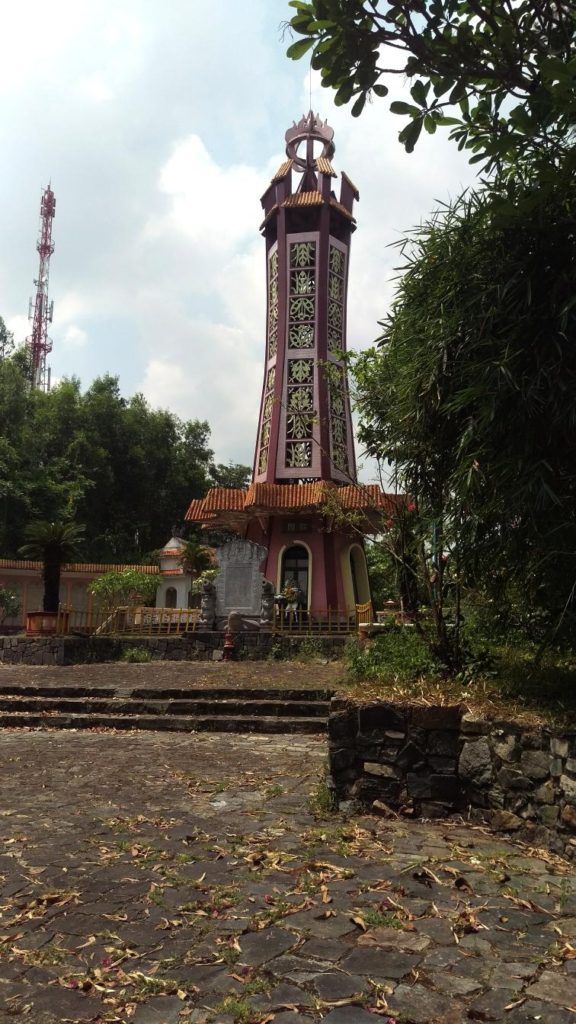 Stairs leading down to the road

By this time we had been on bad roads for 3 hours. The idea of coaxing Kevin anywhere near Hill 55 was just too daunting so we abandoned the quest. We went back to Danang. Jim found the Chicken with Lemon Grass he wanted. I got a great dish of VN fried rice and some Tiger beers. The rice and a couple of beers cost me $6.35.

Tomorrow we have decided to go to Hue by car. We’re using the same car company but since we are going directly from our hotel in Danang to our hotel in Hue with one stop on the way at a great seafood restaurant on the way at Lang Co I am not anticipating any problems.

Talk to you tomorrow.